IT SEEMS AGES AGO NOW THAT CONFETTI WAS SWEPT FROM AN OSTENTATIOUS ELECTION-NIGHT FLOOR. That rented Greek columns were returned and relegated to a Hollywood back lot from whence they came. That swooning masses and weeping celebrities reluctantly regained their equilibrium and dried their tears. That those deeply disturbing "Mmm mmm mmm" songs of praise were relegated to a creepy reminder on the Youtube menu tab. That the "special tingly feeling" thrilled up the legs of any members of the main stream media. That the soaring-yet-hollow rhetoric of a once-messianic figure on a meteoric rise was unceremoniously replaced with the whimperings of a recalcitrant leader, himself staring down the double-barrel of a loud-and-clear rebuke from an American electorate who once thrust him into power.


As election results began pouring in and the Democrats desperate ambition to retain a stranglehold on federal power quickly fizzled, it was at approximately 9 PM (EST) Tuesday night, that the Left's hysterical and irrational adulation of President Barack Hussein Obama II was officially declared dead.


How could that possibly be? Well, simple really.


"A shellacking" is what President Obama called the Democratic party's historic defeat, when doggedly pressed by an unsympathetic White House press corps during a presidential press conference Wednesday afternoon. With TOTUS nowhere in sight, the president stammered and stuttered his way through a mine field of once adoring but now inquiring journalists' pointed questions that attempted to zero in on exactly what on earth went so terribly, terribly wrong in the wake of the disastrous results of the 2010 midterms. The press corps was uncharacteristically cool toward the president after shamelessly supporting him and his corresponding Progressive agenda in 2008, then having to endure the embarrassment of having their butts handed to them on a shingle last night.


Historically, first-term presidents with below fifty-percent approval ratings (Obama's is at 47%) lose an average of just thirty-six congressional seats during their first midterm elections. But with the Democrats losing sixty seats, with four still yet to be decided, it hasn't been since Franklin D. Roosevelt in 1938 that a president has suffered such a humiliating and utter defeat of his party.


And then, to add insult to injury, the gains for the GOP at the state level were even more devastating. Republicans added at least ten new governors nationwide, as well as hundreds and hundreds of state legislators and other local officials, including the unlikely capturing of both the governorship and the legislature in several states -- two of which were for the first time in over 125 years.


Predictably, hemorrhaging liberals in the media worked overtime to deflect blame from Obama's wildly unpopular Progressive agenda as the reason for the crippling election results, and instead, slapped a damage-control tourniquet on the news by, of course, blaming "angry" Americans. Here's a small sampling of some Wednesday morning's headlines:


Asked by reporters at today's press conference how he personally felt in the wake of Tuesday's drubbing, Obama responded, "I feel bad." Oh, yeah, and he quickly added that he believed the Democratic flogging was a result of voters being "frustrated".


Of course, you have to read between the lines when digesting Obama's self-serving excuse coupled with the newspaper headlines. According to Pathway to Happiness, "If you aren't aware of how your mind is imagining scenarios of hurt, your anger will appear irrational."


Obama said that voters were frustrated. Frustration leads to anger. The media blamed the Democrats' loss on "angry" voters. Anger leads to hurt. Incorrectly imagining scenarios of hurt leads to irrationality. Irrationality is a subset of behaviors exhibited by the insane. Ergo, voters elected Republicans because they are certifiably nuts!


Actually, the preceding would be a more accurate description of the pathway to irrational hysteria better known as Obamamania.


Obama, his die-hard supporters and his abettors in Congress just don't get it -- or at the very least, they just won't admit it. Yesterday's loud-and-clear election results weren't a reflection of mere "voter anger", they were a scathing repudiation of Obama, the Progressive Left's Marxist agenda and an awakening of a majority of Americans to Obama's false "Hope and Change" tripe.


And although Obama lamely attempted to blame the voters' renunciation of his radical policies on his failure to communicate, the truth is, after twenty-two months, Americans understand Obama's policies just fine, thank you -- and they catagorically reject them.


Americans made it loud and clear yesterday that it was Obama and the Democrats who weren't listening to them:


Make no mistake, the midterm elections were a major defeat for Obama and the Progressives, and a resounding victory for liberty, the rule of law and the Founding Principles.


So, shout it from the rooftops, America, so that Obama and the rest of the Progressives can hear you loud and clear this time: 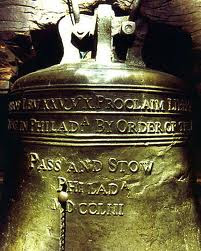 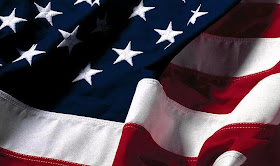